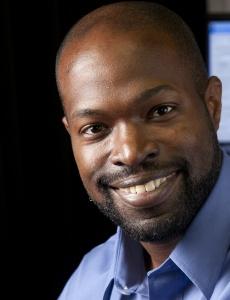 The Society for Neuroscience (SfN) will present Kafui Dzirasa, MD, PhD, with this year’s Young Investigator Award. The $15,000 award, supported by the pharmaceutical company Sunovion, recognizes the outstanding achievements and contributions by a young neuroscientist who has demonstrated scholarly independence. It will be presented in Chicago at Neuroscience 2019, SfN’sannual meeting and the world’s largest source of emerging news about brain science and health.

“Early in his career, Dr. Dzirasa developed state-of-the-art experimental approaches that reveal the circuits and states that may underlie depression,” SfN president Diane Lipscombe said. “His discoveries give insight into the vulnerability of specific neural networks and has the potential to influence the development of new diagnoses and treatments for psychiatric disease.”

Dzirasa, the K. Ranga Rama Krishnan associate professor of psychiatry at Duke University, investigates psychiatric disease at the molecular and systems level, focusing on the neurocircuitry changes underlying major depressive disorder. He obtained his doctorate studying the electrophysiological correlates of neurological and psychiatric diseases and performed his residency in general psychiatry, becoming a rare physician-scientist with clinical training in psychiatry.

The founding idea of Dzirasa’s work is that there are specific large-scale patterns of brain network activity that are signatures of the presence or absence of a depressive state, while other patterns are signatures of susceptibility versus resilience to the stresses that push an individual into depression. He obtained these findings through a unique combination of in vivo recordings in highly sophisticated animal models of depression and machine learning, thanks to his training in engineering. His powerful approach yields a view of how the brain is working while it is working, revealing the states that seem to be at the heart of depression.

Dzirasa’s research is likely to change the way psychiatrists think about mental illness, moving the focus of treating mental disorders from genetics and receptors or transporters to neuronal circuits. His work has been published in top tier journals and received worldwide attention. In his young career, Dzirasa has already received many honors, including the One Mind (IMHRO) Rising Star Award, the Sidney R. Baer, Jr. Prize for Schizophrenia Research from NARSAD, and the Presidential Early Career Award for Scientists and Engineers. He is also praised for having a strong impact on training students and serving as a role model as well as for outstanding public engagement skills.

This story originally appeared as a press release from ​Society for Neuroscience. (2019, October 19).