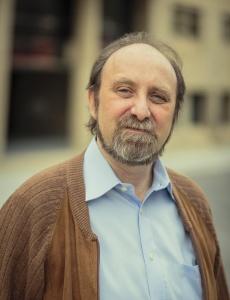 Congratulations to Professor Miguel Nicolelis on his retirement from Duke University on June 30, 2021 and his transition to Professor Emeritus. We wish Miguel a successful post-Duke set of goals and accomplishments.

Miguel joined Duke University as an Assistant Professor of Neurobiology in 1994 and achieved the rank of Professor in 2001. He was the founder and Director of the Center for Neuroengineering for many years. During his over 26 years here as a valued faculty member and colleague, Miguel garnered a remarkable number of accolades. He started with the Williams Prize in 2002 and the Langford Lectureship in 2003 at Duke and was elected Fellow of the AAAS in 2004. Miguel is a foreign member of the French Academy of Science and a full member of the Brazilian Academy of Science. He was the Editor-in-Chief of Frontiers in Neuroscience and has given lectures in such prestigious venues as a Nobel Symposium in Stockholm and the World Economic Forum in Davos.  He received the NIH Director’s Pioneer Award in 2010 and presented the NIH Director’s Lecture in 2019.

Miguel has been a committed mentor with a huge number of successful trainees. He had 42 postdoctoral trainees, including some who have gone on to very distinguished careers. In addition, his lab produced 31 PhDs (including Kafui Dzirasa), 8 Masters degree students, and dozens of undergraduate researchers. Miguel is a very supportive and encouraging mentor and trainees literally flocked to his lab.

As a scientist, Miguel is one of the originators of the very influential concept of the “brain machine interface”. His vision was to be able to record the electrical activity in the human brain and use it to control a prosthesis as a therapy for spinal cord injury. To date, Miguel has published 219 scholarly articles in multiple top-notch journals, remarkable productivity for a systems neuroscientist.

His most important contributions have been:

By any measure, Miguel has had a stellar scientific career with many important discoveries.