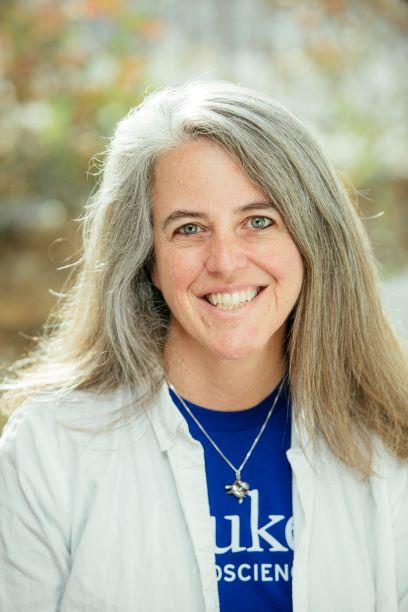 A CRISPR-Cas9 variant with deactivated DNA-cutting function – known as “dCas9” - is a powerful tool to help researchers understand what genes do when their expression is dialed up or down, but it has some limitations.

The dCas9 protein is big, and the typical adeno-associated virus (AAV) gene delivery vehicles are only able to carry smaller cargo loads. This causes challenges for using dCas9 in living organisms. So, alternatively, researchers often depend on cultured cells to investigate gene function with this tool. But it doesn’t paint a complete picture of the roles of genes in more complex environments.

A group of bioengineers, scientists, and genomicists in the Center for Advanced Genomic Technologies at Duke University have now developed two new transgenic mouse lines for targeted gene regulation using dCas9 in vivo.

One mouse line is coded for gene activation and the other for gene repression. These mice allow researchers to change epigenetic states and corresponding gene expression levels in vivo to see how these changes affect tissues and physiology within a complete living organism. This work, which was accomplished with support from the Duke Transgenic and Knockout Mouse Shared Facility, was published in Nature Methods.

As opposed to the Cas9 nuclease that pairs with a guide RNA (gRNA) to cut DNA at specific locations and change the DNA sequence, the deactivated Cas9 (dCas9) protein allows researchers to similarly precisely target genomic regions but modulate the epigenome to see the effects of changes in gene activity without altering the DNA sequence.

“Changes to gene sequences are what cause many inherited rare diseases,” said Charles Gersbach, the John W. Strohbehn Distinguished Professor of Biomedical Engineering and corresponding author of the new study. “But genes being dialed up and down cause more of the common diseases because they result from changes to gene regulation over a lifetime.” These common illnesses include neurodegenerative and cardiovascular diseases among many others.

For Anne West, Duke professor of neurobiology, this technology means that she has a new approach for understanding gene regulation in post-mitotic neurons in the brain. “You can’t change the function of the brain by making more neurons,” West said. “You have to change the way neurons work, and to do that, you have to change which genes they express.”

One gene of interest to West is the Fos gene, which is believed to mark the ensemble of cells that hold the memory of experiences. “By manipulating the epigenetic status of the enhancer of the Fos gene, we made the gene more likely to turn on,” West said. The Fos gene doesn’t turn on in every single cell, though. West’s lab is now able to fine tune the gene to make it more responsive, so when neurons are stimulated, it is more likely that more of the cells will activate the Fos gene.

“This technology allows us to test causal links between gene regulation and neural network activity in the brain, getting us closer to understanding the underlying mechanisms of learning and memory,” West said.

The transgenic mice are useful for more than just neurons. “With transgenic animals, the sky is the limit,” said Dr. Matt Gemberling, the postdoctoral fellow who led the development of the mice in Gersbach’s lab. “You can study any organ, any cell type, or any gene you want, at any stage of development.”

Gersbach and colleagues proved how flexible this approach is by investigating multiple tissue types, dialing genes up and down, exploring different delivery vehicles for the gRNA, taking cells out of the animals to manipulate them ex vivo, changing cell function, changing electrophysiology in the brain and more.

“We want to show the flexibility, versatility and robustness of the transgenic mice and make this a resource for the research community to take advantage of,” said Dr. Keith Siklenka, who co-led the characterization of the mice with Gemberling.

To this end, Gersbach has deposited these mice into a public repository with The Jackson Laboratory, and many labs across the world have already requested and received them.

“We hope researchers will take these mice, use their own custom guide RNAs, and study the function of any genes in any biological process,” Gersbach said. “These mice will help advance research into variety of epigenetic explorations that will allow researchers to better understand what individual genes and gene products do, which will be helpful in discovering drug targets for complex disorders."