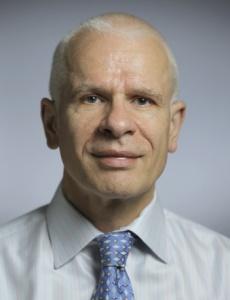 Arguing for the importance of therapeutic interventions to inhibit flooding of the air sacs of the lung in severe-illness COVID-19, their research focuses on the key role that the TRPV4 ion channel plays in integrity of the alveolo-capillary barrier of the lungs.

TRPV4 was first described 20 years ago by Dr. Liedtke. Kuebler, Jordt and Liedtke have collaborated on this pathophysiologic mechanism since 2006 when Liedtke co-discovered the role of TRPV4 in alveolar lung function. Their new paper in American Journal of Physiology argues for inhibiting TRPV4 pharmacologically in clinical trials of SARS-CoV-2 infected patients.

Earlier this month, Jordt and Liedtke presented their concept to BARDA TechWatch-CoronaWatch, a new federal office at the U.S. Dept. of Health and Human Services. Theirs was one of approximately 200 presentations out of more than 3000 White Papers, out of about 10,000 initial requests.