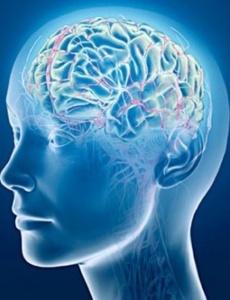 Humans learn motor skills through a complicated process of trial and error—or so many researchers thought.

A recent Duke study has called that hypothesis into question. The traditional model held that instructional neural inputs—called climbing fibers—respond to negative consequences and teach us to avoid future errors. However, a team of Duke neurobiologists found that even without a negative outcome, the fibers can carry signals that drive motor learning.

“In the context of this task and this region of the cerebellum, climbing fibers can signal and evaluate sensory predictions,” said Jake Heffley, graduate student in the neurobiology program and lead author in the study. “There was more climbing fiber activity following a correct trial. This is kind of the opposite of what the previous standing hypotheses predicted.”

The surprising results of the trial in part drove the long timeline of the project, which took more than five years to complete.

“The results were surprising," Heffley said. "In fact, I spent a good bit of time confused by what I was seeing with the neuronal activity."

He wasn’t the only team member baffled by the alternative theory of motor learning that these results seemed to suggest.

“We thought we would see error signals, and then our goal was to understand the underlying cellular mechanisms that were responsible for learning,” said Court Hull, assistant professor of neurobiology. “We saw something totally different, that these signals seemed to be indicating correct movements. It wasn’t clear that this kind of reinforcement learning could happen in the cerebellum or that sensorimotor learning could happen this way.”

The research wasn’t only novel in its findings but in its methodology as well. The team of researchers developed a task to understand what would happen when a movement—in this case, mice pressing a lever—was paired with a stimulus that wouldn’t normally produce any movement outside of learning.

“A lot of the previous studies have involved more reflective behaviors, which utilize a stimulus that produces a specific motor response,” Heffley said. “However, that’s not really how a lot of behaviors work in real life.”

He explained that to visualize the activity of neurons in the mice, the researchers took advantage of genetically modified mice whose neurons would light up when they were active.

“This was a really fun but frustrating project, because we had to develop this behavior from scratch. It took kind of a long time to teach the mice all the necessary tasks, to press the lever and respond to the visual stimulus.” Hull said. “We also had to develop an infrastructure for measuring the neural responses in the cerebellum.”

The team’s work was not unfruitful, however, as the conclusions have great implications for motor learning in humans.

“The cerebellum is a highly conserved structure evolutionarily, so the mouse cerebellum is very similar to the human cerebellum in terms of which cells are connected to which and what types of cells are there,” Heffley noted. “What we learned in the mouse should give us a very strong indication of what’s happening in humans."

Story originally published in The Chronicle.